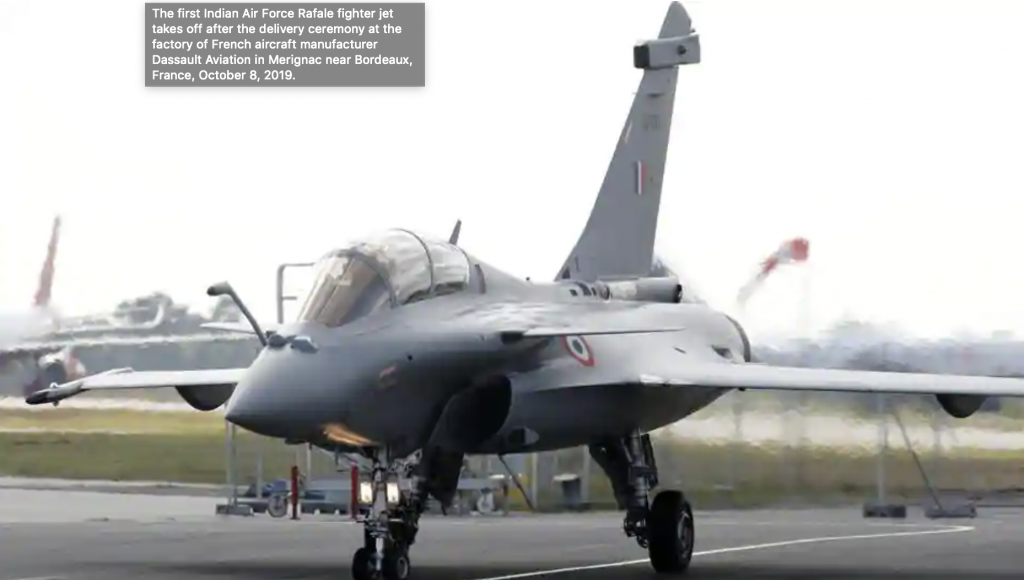 IAF to get first batch of Rafale jets by July-end

In September 2016, India ordered 36 Rafale jets from France to purchase in emergency Rs 59,000 Crore in an agreement arresting the worrying slide in the fighting capacity of the aviation force.

In an official ceremony attended by Singh and Parly in Merignac on 8 October 2019, France gave India its first Rafale fighter which coincided with the IAF’s 87th day of foundation and the Dussehra Hindu festival. Upon the occasion of Vijayadashami, Mr Singh carried out his Shastra puja on the received aircraft and flew a sortie on it.

The initial 18 jets are to be delivered to the IAF by February 2021 as per the plan, including the four in the first batch, and the remaining are expected in April-May 2022.

France was seriously impacted by the COVID 19 pandemic. Since 17 March, it has been locked down. French armed forces were also tested positive. The containment steps declared by France to fight against the outbreak had stopped manufacturing at the Dassault Aviation plant at Merignac.

Despite the challenges of the Covid-19 pandemic, France reconfirmed its commitment to ensuring timely aircraft delivery.

The first batch of four Rafale jets from France is likely to get delivered to Indian Air Force by the end of July 2020. This batch was supposed to be delivered by May 2020, but due to the Corona Virus outbreak, it got delayed.