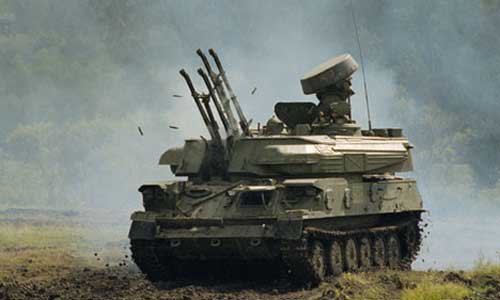 Indian army recently upgrede its Russian Schilka Air Defence system to a modern weapon platform. The 1980s vintage equipment has been upgraded by a joint venture between the Indian Army and the Bharat Electronics Limited (BEL).
The upgrades included, according to the reports, the replacement of the radar, analog computer, motor and GTE by a state of the art system and air conditioning system to build crew comfort. The improved system is an integrated air defense system against helicopters and aircraft.
Further the newly upgraded system provides drastic improvements in operational performance, accuracies, power consumption and MTBF.It can also accurately identify, achieve and track targets when operating in ECM environments. The new system is capable of firing aerial targets and accept cueing from external Surveillance Radar. The upgraded system is also capable of engaging enemy aircraft during day or night as well as in all weather conditions.
According to Bharat Electronics Limited, the features of the upgraded system include the following: