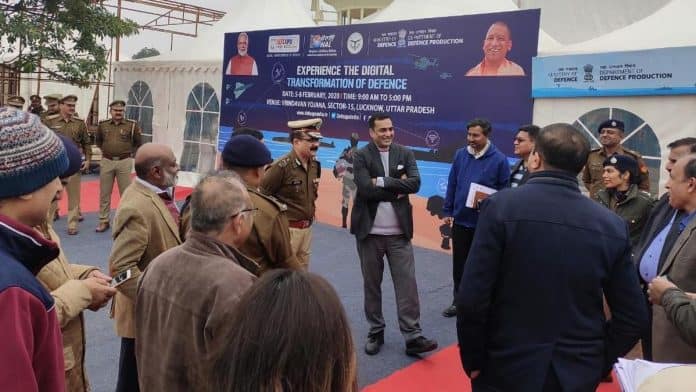 The 11th biennial edition of DefExpo India-2020 scheduled from 5-9 February is being held in Lucknow, which is the constituency of Defence Minister Rajnath Singh. The main theme of the DefExpo is ‘India: The Emerging Defence Manufacturing Hub’ with main focus on ‘Digital Transformation of Defence’. This expo is the best platform for the Indian defence industry to showcase its capabilities and promote its export potential. Traditionally the expo has always been held in Delhi at Pragati Maidan but currently, it is being redecorated.

Prime Minister Narendra Modi, several Union ministers, CEOs of defence companies, diplomats, Ministers of Defence and service chiefs of more than 135 countries will be present at the event.

995 exhibitors will put up their stalls in the expo among which 847 are Indian firms and the rest 148 are foreign firms.  Russia, Germany, the United States, South Korea, Sweden and the Czech Republic will be the biggest foreign exhibitors. India is likely to sign MoUs with these countries.

Roadshows were organised in eight countries including Russia, Portugal and France to promote this event. A mobile app of Defence Expo 2020 was also launched with relevant information. First three days of the event only invitees are allowed and then the expo will be open to the public.

The DefExpo will provide an excellent opportunity to the major foreign Original Equipment Manufacturers (OEMs) to collaborate with the Indian defence industry and help promote ‘Make in India’ initiative of Hon’ble Prime Minister Narendra Modi. Ministerial-level delegations and visitors from foreign countries are visiting DefExpo which creates helps India to showcase its emergence as a major manufacturing hub providing attractive opportunities for co-development and co-production of defence equipment and systems not only for our defence forces but also for export to the world.